Sorry, you do not have a permission to ask a question, You must login to ask question.

SSH and telnet both are networking protocols that are used to access and manage remote systems. But the question arises here what is it that makes them different and when is it better to use over the other? How is SSH different from telnet? In this blog, we will get to know the difference between SSH and telnet. Before moving through the details of both these two protocols we should know more about these two protocols.

SSH and telnet both are seven-layer application protocols and both use the transmission control protocol (TCP) at the transport layer. To access the machine at remote location networking provide various programs among which telnet and SSH are the primary client-server application programs. It uses the remote terminal service that allows the user at one end to interact with the remote machine at another site. As if the display and users’ keyboards are connected directly to the remote machine system.

The word Telnet stands for Terminal network and it is as old as the internet. In 1969 it was launched along with the net that is used to this day. Telecommunication and network (telnet) and secure shell (SSH) are the primary client-server applications that allow the users to link with remote systems.

Telnet is the standard transmission control protocol (TCP/IP) that is designed for virtual terminal service. Telnet allows establishing a connection with a remote system in such a way it looks like a local system. It helps the users to access the device by telnetting to the Internet protocol address of a remote system. Users have the access to go through any application on a remote computer system. In other words, telnet is a two-way, text-based communication channel between two systems.

The SSH stands for secure socket shell that is widely used to access and manage a device remotely. It is the major protocol to access the network servers and devices over the internet. The primary function of both telnet and SSH are the same but the SSH does more securely. SSH protocols provide more security even on unsecured networks, and eliminate telnet vulnerabilities.

It helps you to log in to another computer and gives you access to move files from one device to another device, execute commands, and many more. In addition, SSH is more secure in such a way it encrypts traffic in both directions, which helps to protect the system from sniffing, password hackers, and trafficking. Note that you are familiar with these two protocols. Now we discuss the purpose of this blog (Telnet vs SSH comparison) in the following section.

Although SSH and the telnet have some similarities these two have many differences among them. The most important is that the socket shell is more secure than the telnet. SSH now completely replaces the telnet in everyday use. telnet use port no 23 while the SSH use port 22 by default. Telnet transfers data as text communication, in contrast, SSH can encrypt traffic in both directions. 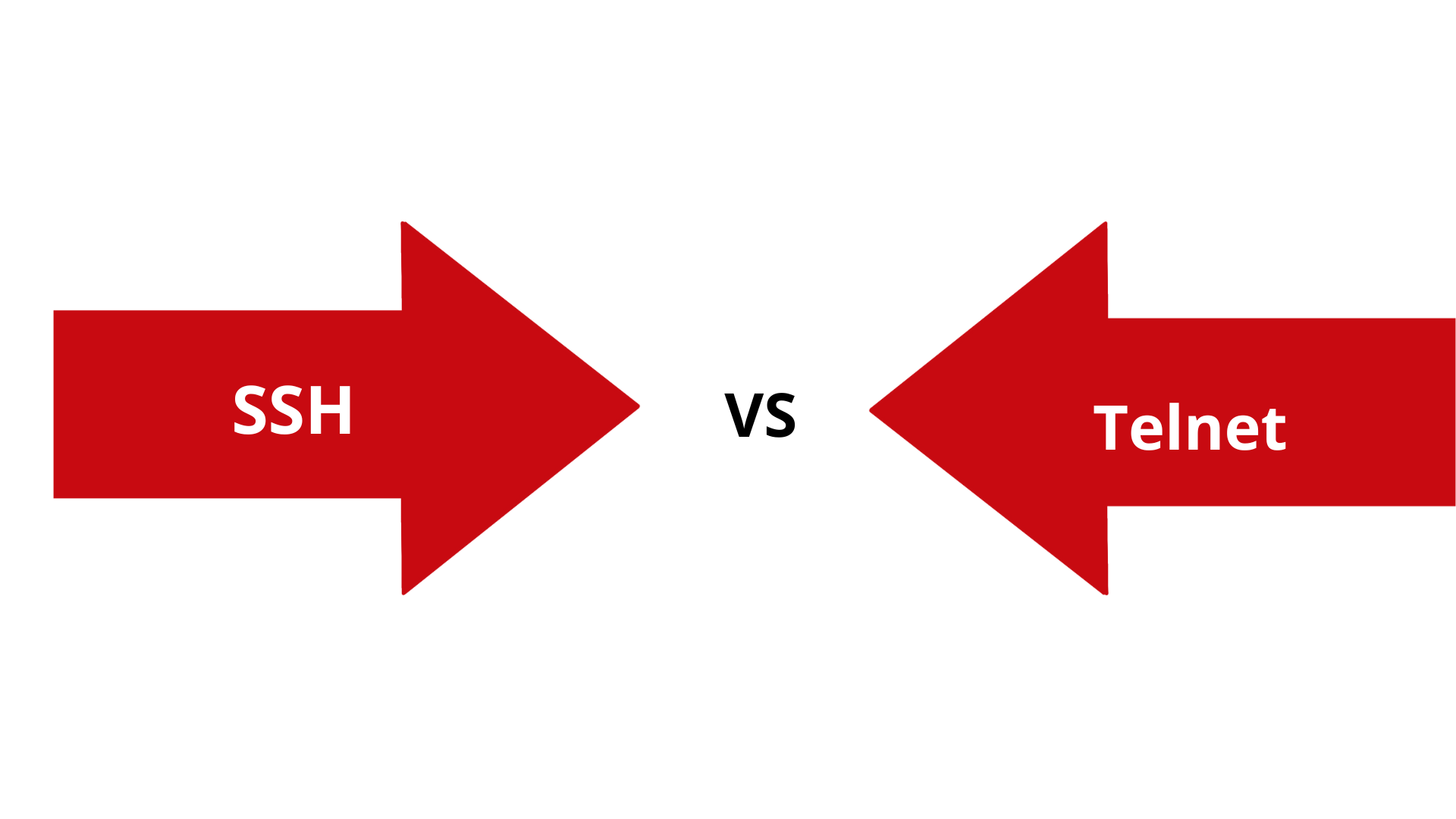 What are the main differences?

Although there are many similarities there are many differences that separate these two protocols. The primary difference is that SSH is more secure than telnet. On the base of this reason, we can say SSH replaces the telnet in everyday use. Let’s discuss the comparison chart between SSH and telnet in detail.

SSH operates by making a secure connection with port no 22 although you can change the port number. With the key-based authentication, after the client checks the client sever a key is generated and sent to both the server and the client. This session key encodes the traffic for ongoing sessions. Using the key pair server verifies the clients. Once the client is the end to end encrypted a secure connection is established and then the system is finally able to exchange data. 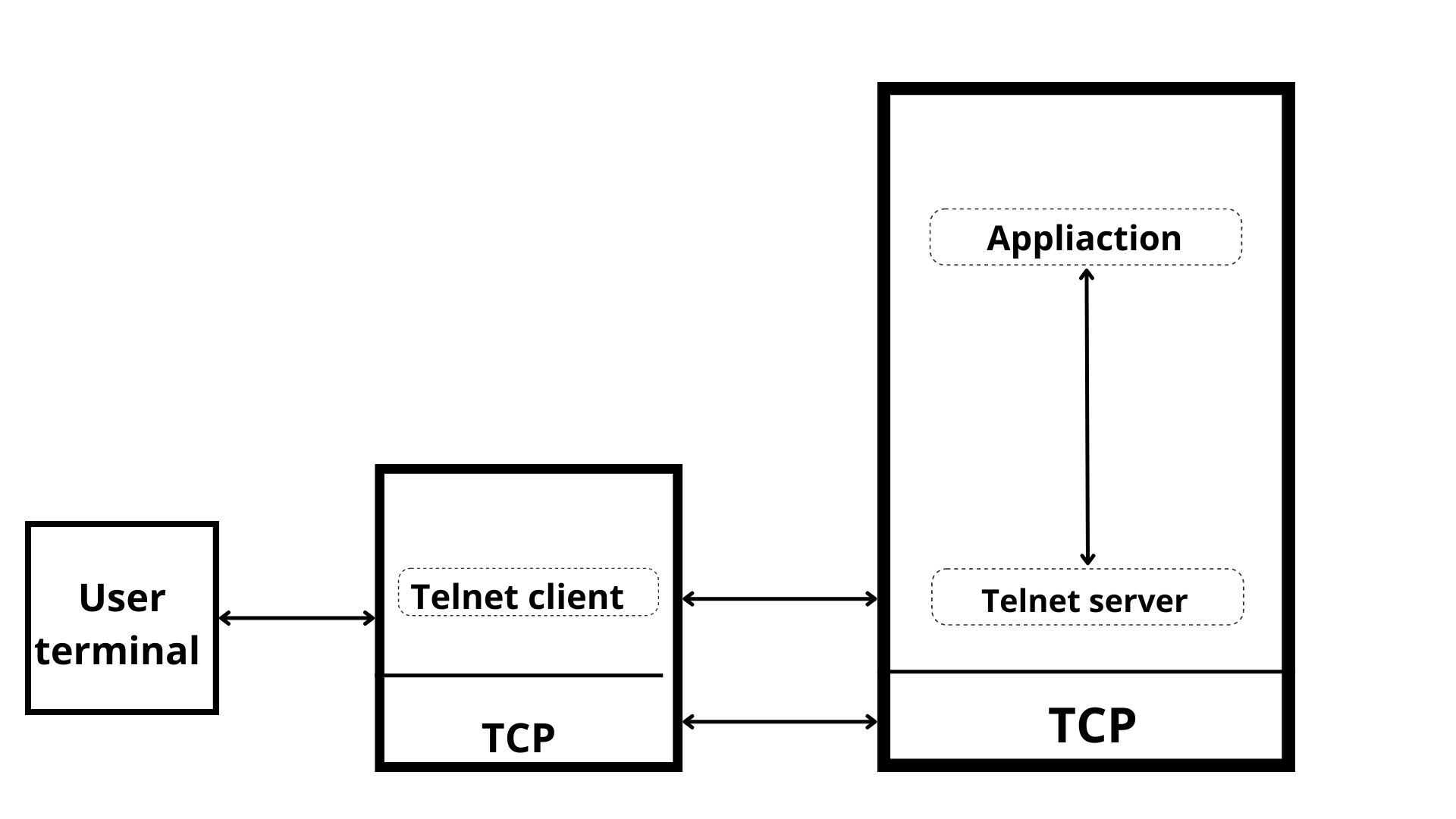 For telnet, a server application is required on the remote system. And the client application is installed on the local system. telnet use port 23 and TCP protocol for establishing a connection with a remote system. After that, this system acts as a telnet server and executes the commands. Commands are executed in the form of NVT (network virtual terminal), received and interrupted by the server, and then sent to the suitable application.

Telnet does not use any security system when sending the data. This default makes it highly vulnerable. As compared to telnet SSH is highly secure. SSH uses the pairing key for authentication. It is extremely hard to decrypt and read the data. This is a highly secure way of transferring data even over unsecured networks.

We all know that SSH is more secure than telnet which makes it useable in all cases even in public networks. As compared to telnet SSH provides more functionality like port forwarding and file transfer in a secure way. However, there are two cases in which telnet is preferable over SSH,

In these situations, lack of security in telnet is not an issue and the plus n\benefits is that lower usage of bandwidth counts.

When to use SSH and Telnet?

SSH is a highly secure network, you can choose SSH whenever you want to connect to a remote device through the internet. It provides more functions than telnet like port forwarding and file transfer.

But there are two cases where telnet is recommended over SSH,

Here are given some important telnet commands such as,

Here are some important SSH commands such as

What are the advantages and disadvantages of telnet?

What are the advantages and disadvantages of SSH?

Let me sum up, both are network protocols that can help to manage and access devices remotely. While SSH is more secure than telnet and provides better functionalities than telnet. But telnet is still used in some situations.